Amazon Lightning Deals: What are they & Are They Worth It? 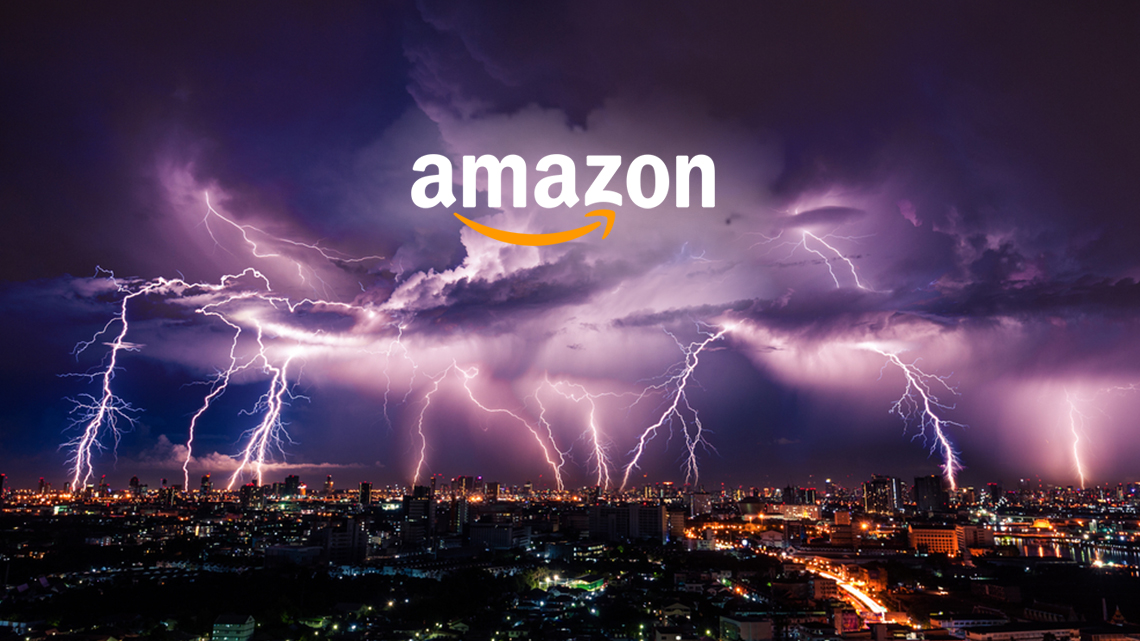 When tentpole events like Prime Day and Turkey 5 are near, you often hear sellers talking about running Lightning Deals. Hundreds of Lightning Deals are featured on Amazon daily and the number’s even higher on big sale days, but the question is, are Lightning Deals right for your brand?

In this blog post, we’re going to share all insights and recommendations related to running Lightning Deals on Amazon.

What are Lightning Deals?

Lightning Deals are time-bound, hot flash promotions that run for usually 4 to 12 hours (as determined by Amazon).

They are available, one per customer, until either the promotion period expires or all the available inventory is claimed.

In 2019, Amazon hosted 45,000+ Lightning Deals in a non-Prime Day month and the number has continuously increased since then.

Are Lightning Deals the same as Deal of the Day?

Deal of the Day or Today’s Deals retains the deal price till the stipulated end-time (generally midnight) or till stocks last. When a customer adds a product with a Lightning Deal to their cart, they only have 15 minutes to process the order, or they miss out on the deal.

Where do Lightning Deals appear?

Lightning Deals are prominently displayed on the Amazon Deals page, the most popular and highly trafficked parts of the website and on SERPs.

When live, Lightning Deals show your product image, product title, promotional discount amount and final price, a status bar showing the percentage of deals already claimed and a timer showing how long you have to add the item to your Cart and claim the promotional discount.

Presently all sellers and vendors that meet the eligibility criteria can run Lightning Deals for eligible products.

To be eligible for deals, you must be a professional seller with at least five seller Feedback Ratings per month and an overall rating of at least 3.5-stars.

Lightning Deals can be created on almost any product, as long as they are new, FBA or Seller Fulfilled Prime. Additionally, products must meet these criteria:

According to Amazon, “Eligible products will be automatically displayed in the “Eligible ASINs” section of the Deals Dashboard. Eligible ASINs are refreshed every week, so an eligible ASIN you see this week may not necessarily be there next week.”

For big sale days like Prime Day & Black Friday, you’ll have to submit your request for creating Lightning Deals at least four weeks in advance.

What is the cost for running Lightning Deals?

You’ll have to pay a hefty amount to run Lightning Deals. The cost ranges between $150 to $600 per ASIN. The fees keep changing based on timing, marketplace trends and expected traffic, but the exact amount will be displayed while you are creating Lightning Deals and adding details.

You will be charged for every Lightning Deal that has successfully run on Amazon’s website.

You can also look at the fees after Lightning Deals completes its run. Go to Reports > Payments > Transaction View > Service Fees.

Important: If your product fails to remain eligible while the deal is running, it can be removed from the Deals page and you will lose all your money.

As the name suggests, products enrolled in Prime Early Access Deals are available only to the Prime members as an early access to purchase the product before non-Prime members. The deal features a “Learn More” call-to-action button that shows Prime members information about the product.

Prime members or not, everyone can see these deals. These deals are called “sponsored” deals because the seller has paid extra to get a lucrative position during the sales event. Just above the call-to-action button, you can see the seller’s brand name and star ratings.

Instead of a definitive discounted price, shoppers will see a price range that covers the prices of all the variations of the product.

How to create Lightning Deals on Amazon?

Step 1: Open your Seller Central account and hover over to the “Advertising” tab. From the dropdown menu, click on “Deals”

Step 3: Select a product in your inventory.

Step 4: Enter the Schedule. The applicable fees will be shown here. 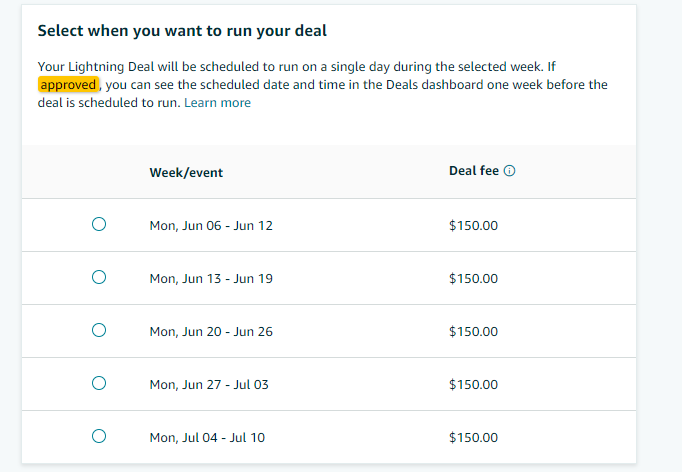 Step 5: Enter Deal price or Discount per unit, and Minimum deal quantity. Click Continue to the next step.

Step 6: Once you have set your deal parameters, click Submit to submit your deal for review.

What if I don’t like the time slot allotted to me for Lighting Deals?

There is no way to influence the exact day and time your Lightning Deals will be live.

If you are lucky, your Lightning Deal may appear on a weekend morning when shoppers are busy shopping. Your deals can also appear at 2 am on a weekday when there is hardly any traffic on the website.

After Amazon accepts your Lightning Deal, they will provide the exact day and time your deal will run. If you don’t like the time slot, you have the option to cancel the deal, provided you cancel it 24 hours before the deal is live.

Pros and cons of Lightning Deals

#1: Ensure that your product listing is in top-notch shape. To make sure your detail page is ready for the traffic, make sure you have: 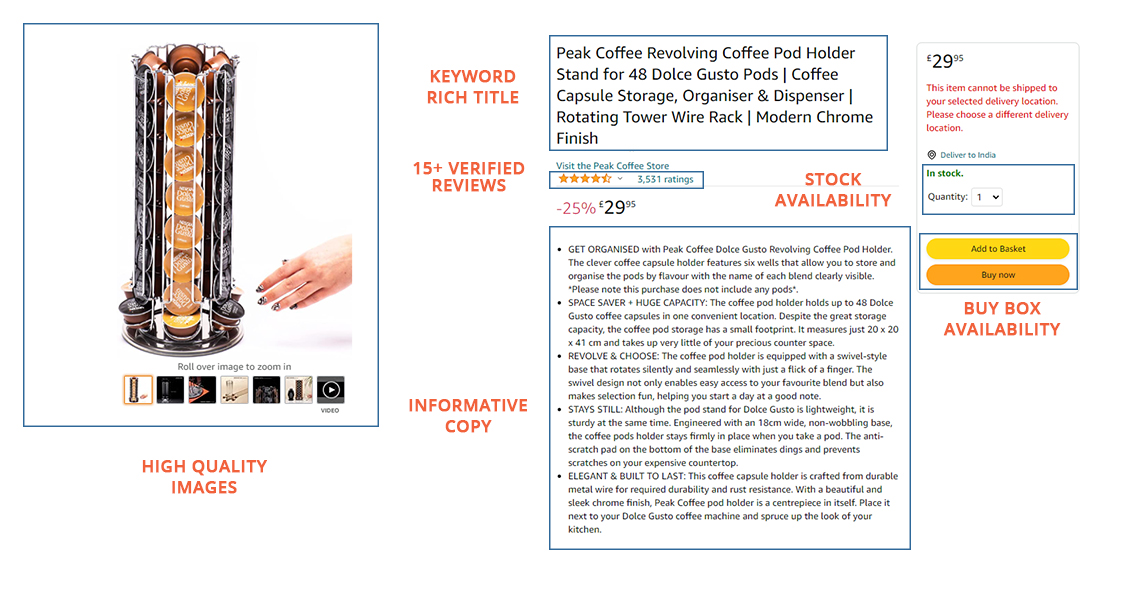 Not sure how to start with Amazon listing optimization? Our eCommerce SEO consultants can help!

#2: Make sure you are fully stocked up for the day Lightning Deals will be live and for the expected halo effect after the deal ends. Inventory for Lightning Deals must reach FBA centers a week prior to the sale.

#4: Run Lightning Deals for products that are already ranking well and are successful – in short, your bestsellers.

#5: Promote ASINs that have Lightning Deals with Amazon Sponsored ads.

How to check the performance of your Lightning Deals?

You can check how effective your Lightning Deals were by going to the Manage Deals page and analyzing important metrics like units sold, deal revenue (SKU specific), and total deal revenue (for all SKUs).

Are Lightning Deals right for my brand?

While it is completely possible to have a successful Prime Day or Black Friday without including Lightning Deals in your marketing strategy, these money-making, hot flash sales have become a new way for sellers to capture shoppers’ attention.

According to Jungle Scout,

Overall, the total boost in average daily sales is expected to be 200%.

But the above data is for a product that is already successful and profitable.

You might also want to consider the long-term benefits of Lightning Deals like halo sales for several days to come, an increase in organic ranking, product’s strengthened visibility and a boost in BSR ratings, all of which can lead to a permanent increase in overall sales.

If Lightning Deals are not cost-prohibitive for you, you should definitely give it a try. Get in touch with our Amazon consultants and find out how they can help you create successful Lightning Deals for Prime Day and Black Friday 2022. 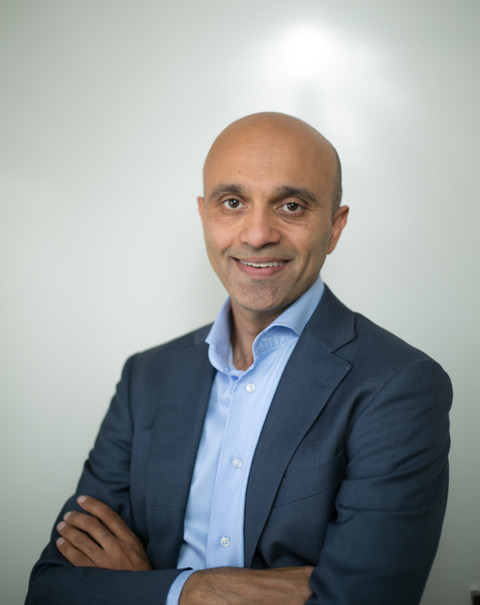 Tushar Kapadia has a passion for the helping customer and thrives on seeing businesses grow through the use of online eCommerce marketplaces and platforms such as Amazon and eBay and Social Media Platforms such as Facebook and
Instagram. When you speak to him, you quickly realise you get honest advice.