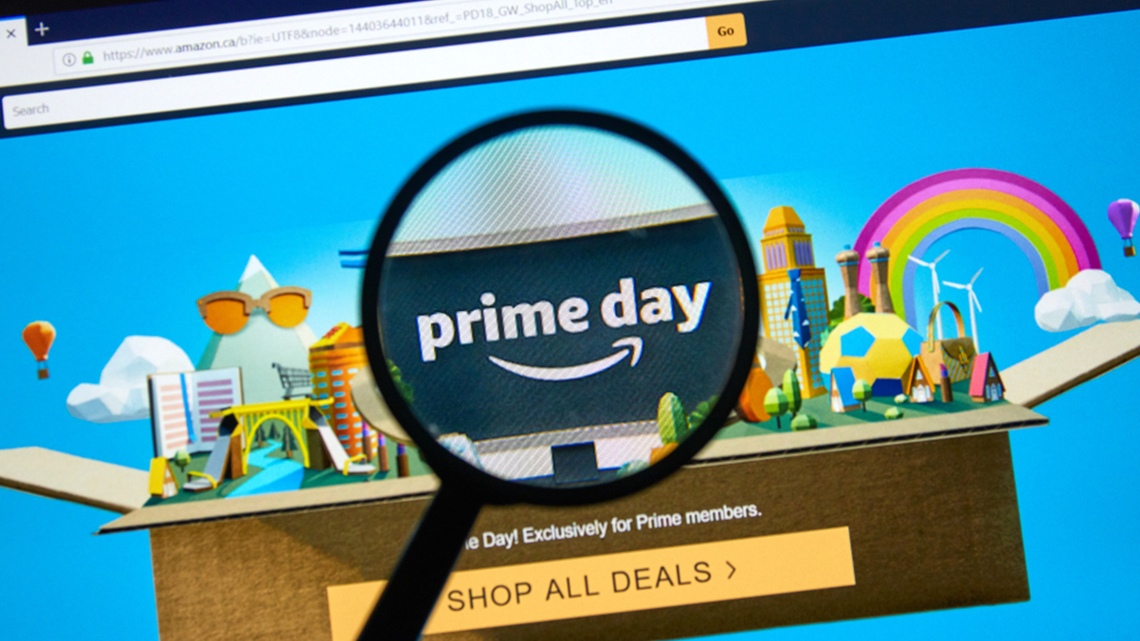 Amazon Prime Day 2022 is still ways off, but it’s never too early to start preparing for the two-day sales-a-thon. Getting ready for the rush of shoppers and a surge in sales demands diligence, planning and organization. Your inventory, customer service, advertising, organic ranking, everything should be in sync. In order to reap the full benefits of Prime Day, sellers should start preparing months in advance because your Prime Day is going to be as good as the preps you do leading up to it.

Traditionally the event is spread out over two days in the summer (mid-to-late July), but dates for Prime Day 2022 have not been officially announced yet.

Amazon has apparently left a clue for all those wondering. In a recent announcement, the retail giant gave a cut-off date of June 20 cut-off date for planning and sending inventory for Prime Day.

Usually, the inventory cut-off dates are applied around 25-30 days before the big event; therefore, a tentative date for Prime Day 2022 can be July 18-19 (Monday & Tuesday).

Be sure to keep checking our Amazon seller news page for the latest info on Amazon Prime Day dates. 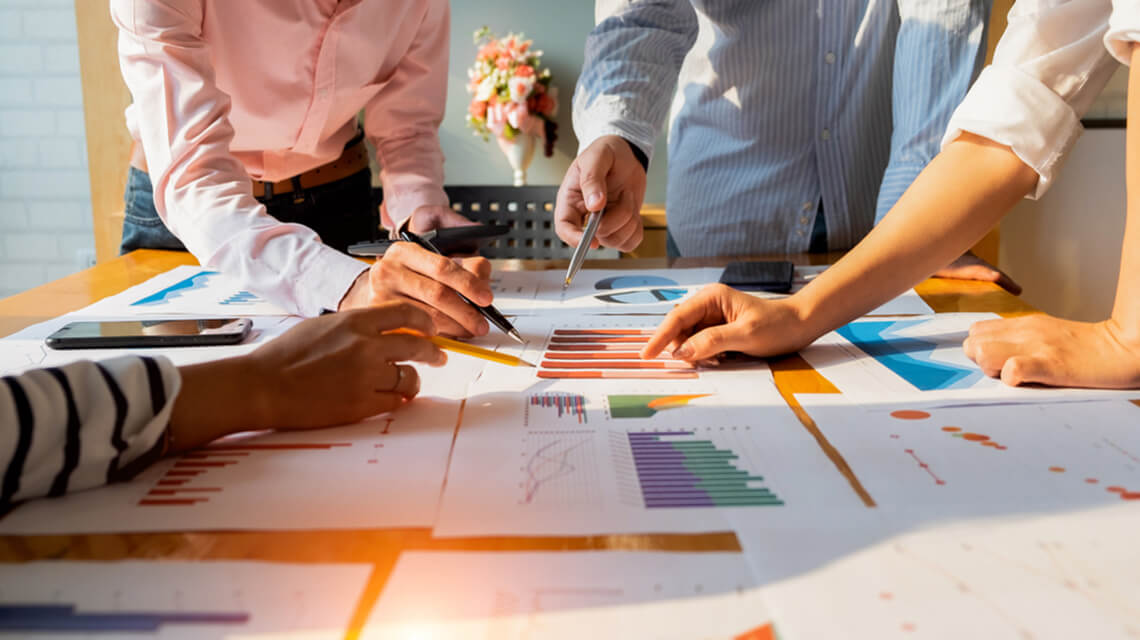 If you have been selling for a while, you must have historical data and performance data to determine what worked and what didn’t in the years that went by. Leverage this data and your past experience to plan for this year.

If you’re new to the marketplace, you’ll have to start from scratch. Here’s what you should know: You’ll experience more browsing traffic before the event because shoppers are going through SERPs, adding products to their wish list, and planning to buy them on Prime Day. You might experience a dip in conversion, but that’s okay.

Your listings should be optimized 3 weeks ahead of Prime Day because although shoppers aren’t going to buy from your ATM, they are going to visit your listing and scan through your copy/images.

Step 2: Choose the products you want to highlight 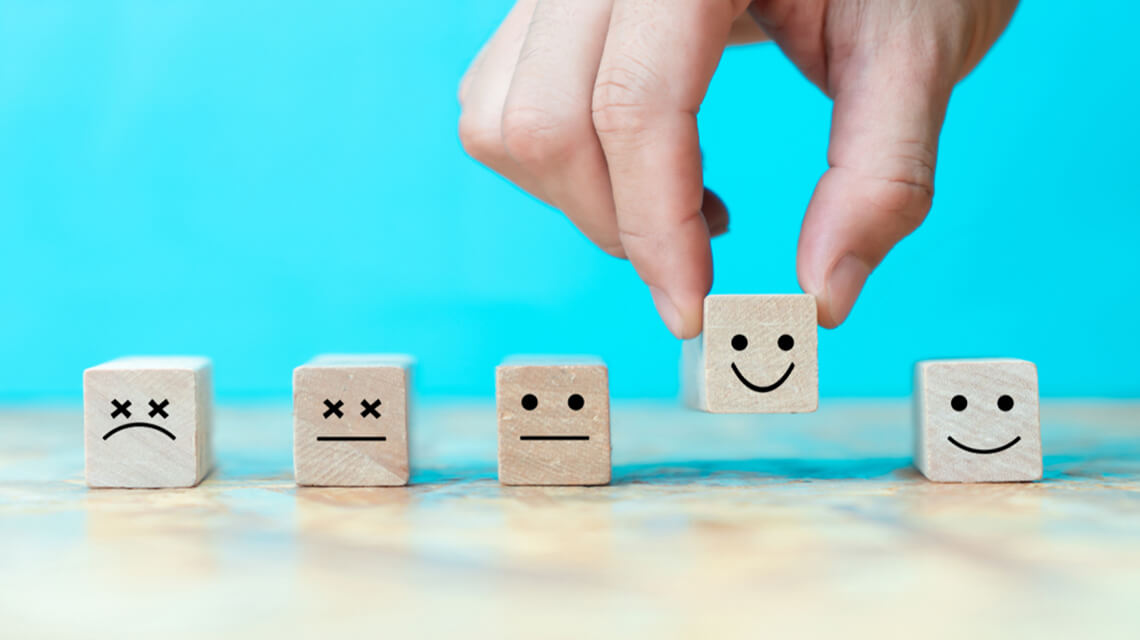 If you have a large catalog, concentrate your efforts on a few products that can actually compete against others in terms of price, ratings and reviews.

Do you have any products that compare to the list? If yes, invest heavily in them. If you don’t have products that fall into the above categories, you still can make money. Just push all your top-performing, high-selling products along with a few average products that customers are likely to buy.

Step 3: Choose the products you want to highlight

Prime Day is all about deals and discounts, so it makes complete sense to plan ridiculously tempting offers your shoppers cannot refuse. There are a variety of deals and promotions available for Prime Day, including Lightning Deals, Prime Exclusive Discounts, Coupons and more.

Below, you’ll find an outline of all the deals and discounts along with a short explanation that’ll help you make an informed decision:

Take a look at the table below to understand criteria for each deal type:

Important: Sellers must submit their deals for Prime Day consideration by April 29. 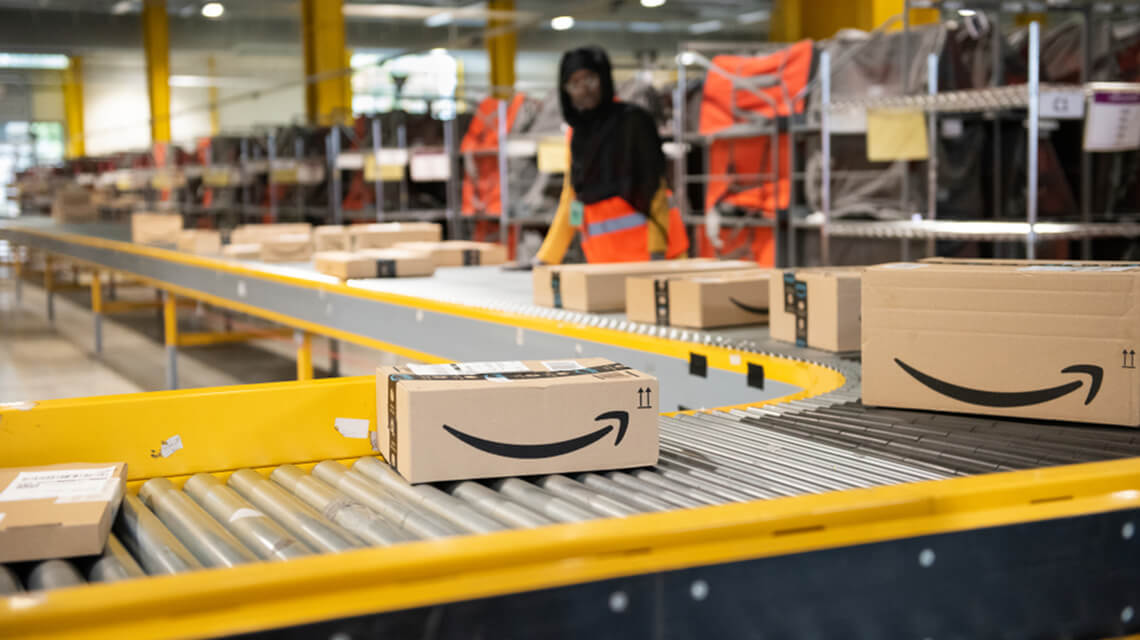 Poor inventory management can be the biggest stumbling stone to your Prime Day success. Amazon has already announced the FBA cut-off date for Prime Day 2022. Sellers must plan their shipment so that it arrives at FBA centers by June 20.

Because of global supply chain disruptions, Amazon has already started to clear up FBA storage and made changes to automated inventory removal. Starting April 15, 2022, Amazon is going to automatically remove inventory that has been sitting in the fulfillment centers for more than 365 days.

If you’ll need more inventory than what you can send to Amazon FBA centers, consider creating a backup plan, just in case your product goes out of stock.

Step 5: Check the “retail readiness” of your listings 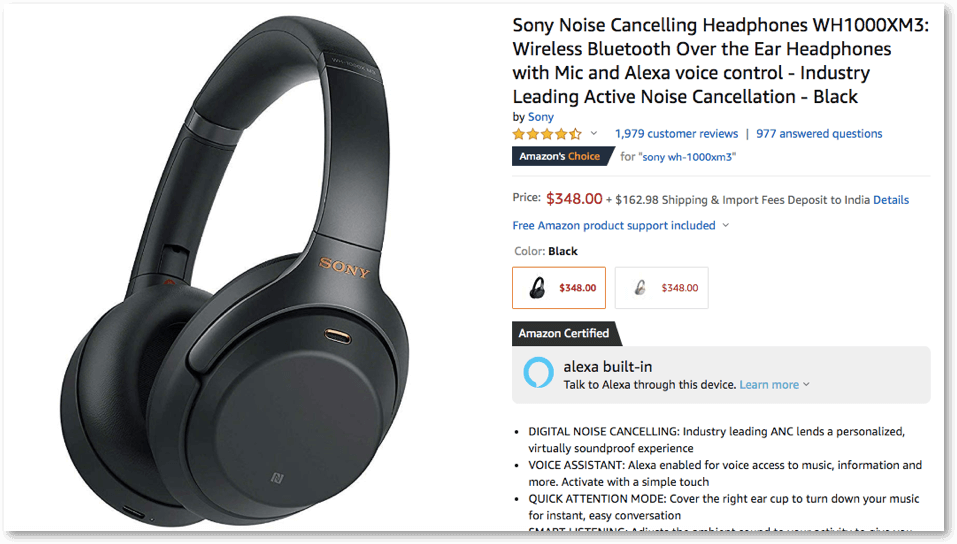 Your listings must be ready for the potential uptick in traffic. Informative and keyword-rich copy and enticing images combine to give your listing a professional and branded look.

Optimized listings not only improve sales and conversion but also prevent critical reviews. By the time Prime Day rolls around, optimize all your listings so that shoppers that visit your listing get all the information they need to make a confident purchase decision.

Not sure how to optimize your listing? We are happy to help. Our listing optimization experts know exactly how to navigate Amazon’s policy and create listings that appeal to Amazon and shoppers. Contact us now!

If you already have properly optimized listings, read through your product copy and check your images/A Plus Content to ensure everything is correct and up-to-date.

Answer all the questions in the “Customer questions & answers” section if you haven’t already. 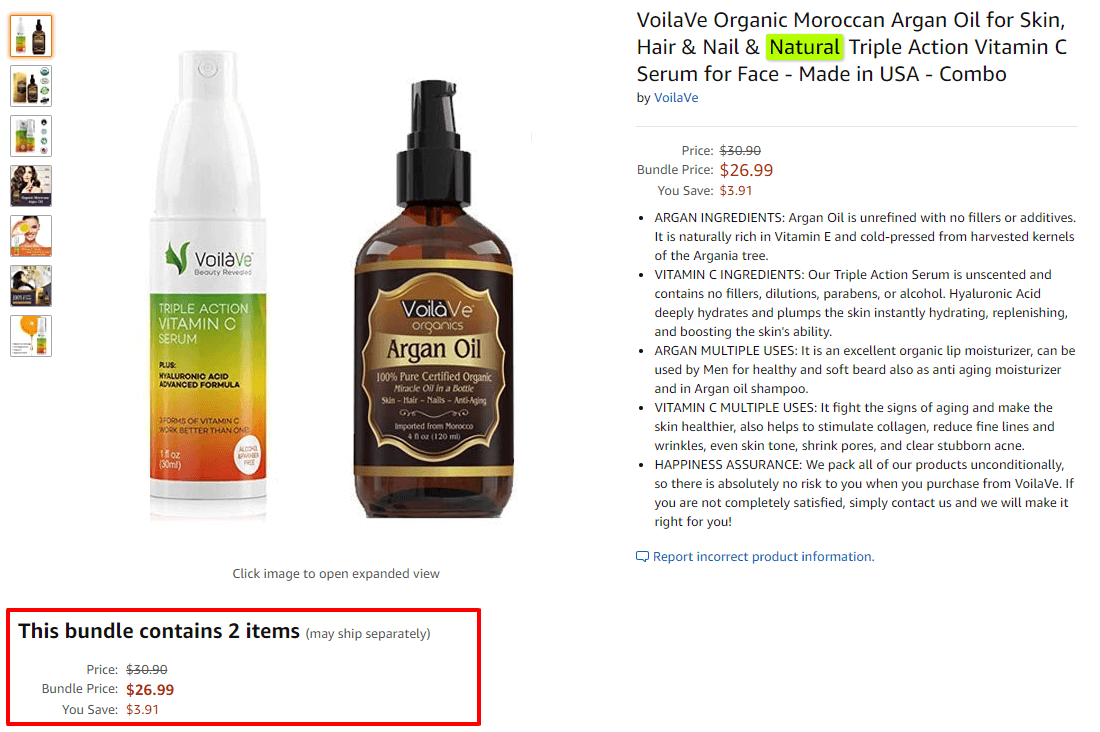 A virtual product bundle is a collection of complementary items sold together to increase the total order value of the customers. They are particularly good at shifting stock.

Creating a bundle is easy with Amazon’s virtual product bundle tool. Brand registered sellers can “virtually” create bundles of two or more ASINs (up to five) without sending physical bundled products to the warehouse. When a shopper orders the bundled product, Amazon will ship these two items from the FBA warehouse.

Related blog post:Better together – Everything you need to know about Amazon virtual product bundles 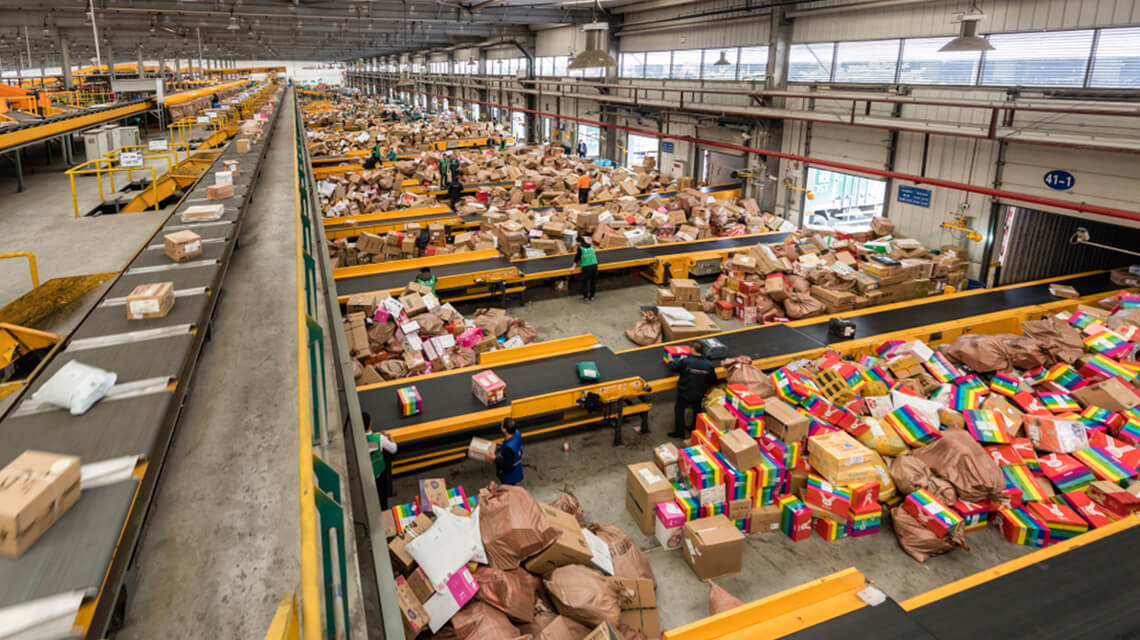 Amazon Prime Day might not be the best day to launch a new product, but this event is the perfect time to get rid of your old inventory. Customers are in a frenzy buying mode and they’ll buy almost everything that’s on sale.

In the lead up to Prime Day, you’ll have a lot of shoppers visiting your product detail page and storefront. Therefore, it’s a great idea to set up a dedicated page highlighting Prime Day special deals.Schedule Store version to run two or three weeks ahead of Prime Day.

If you don’t have a multi-page, visually appealing storefront created yet, now will be the best time to hire Amazon creative experts to design an Amazon storefront.

To get some ideas, check out ourtop 10 storefront designs.

Posts are an effective way to create a buzz for your brand before Prime Day kicks in. Posts appear within your Amazon storefront, so anyone coming to your storefront is going to view your Posts. Brands can either recycle their existing
social media content or create new images by hiring an Amazon design agency.

Here are all the advertising campaigns brands should include in their holistic Amazon marketing strategy:

Tips to optimize your Amazon PPC campaigns for Prime Day 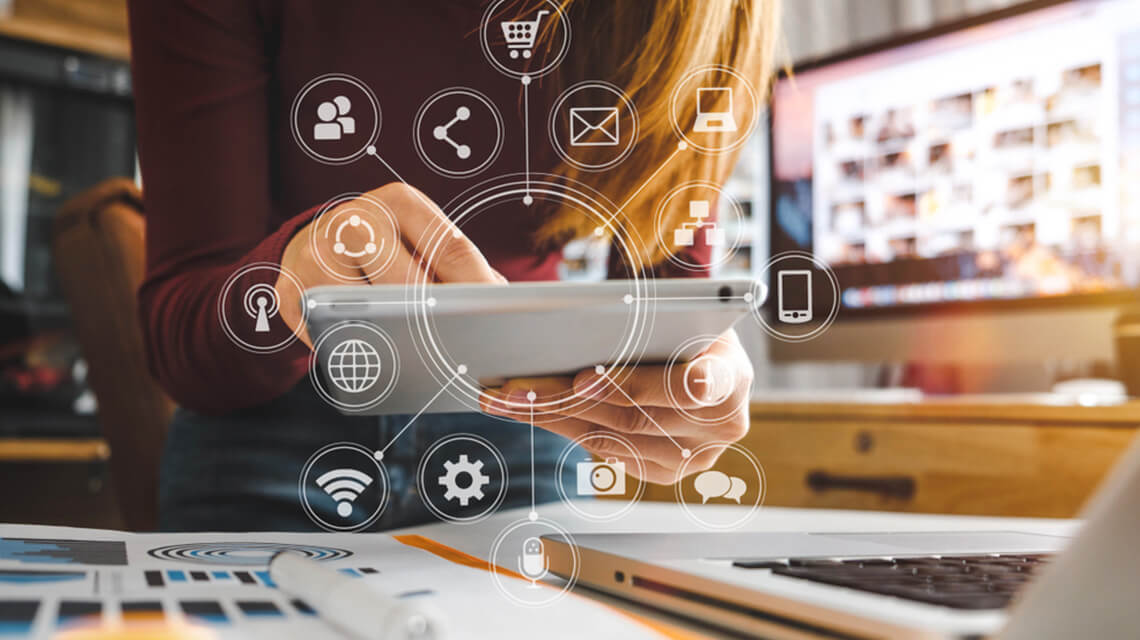 Bringing external traffic can be a cheaper and more cost-effective way to entice a customer before any noise comes in. A few weeks before Prime Day, start advertising your products across social media, your website and popular blogs to create multiple traffic streams.

To help boost your off-Amazon marketing efforts, Amazon has introduced the Brand Referral Bonus program, where registered brand owners selling in the USA earn a 10% bonus from sales earned through Amazon Attribution.

Related blog post: What is Amazon Attribution & how to get started? (2021 updates) 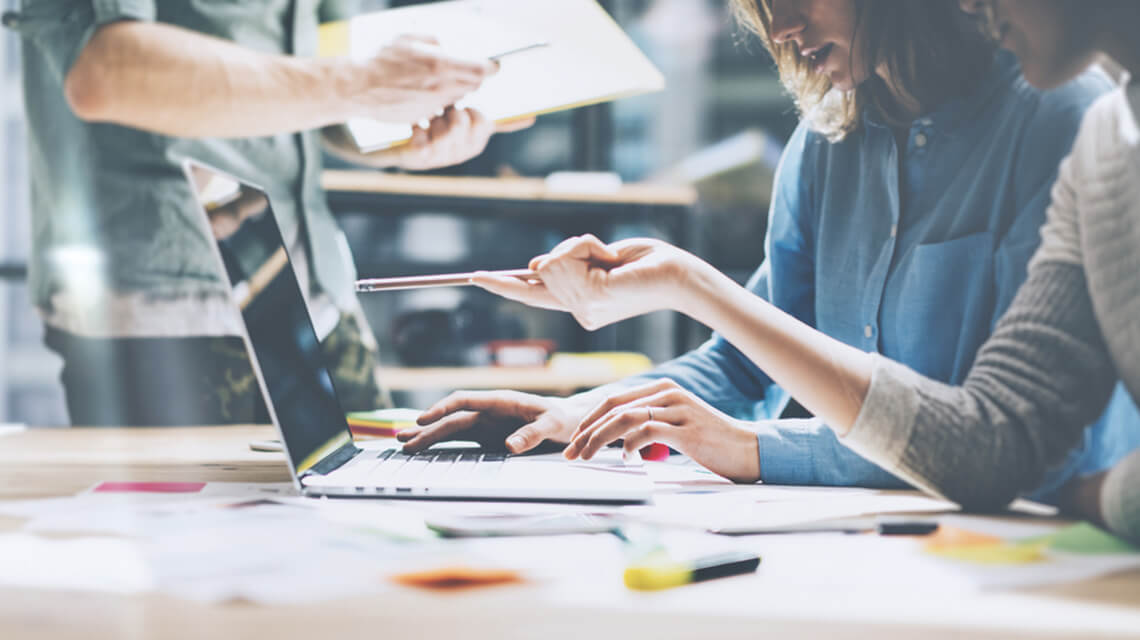 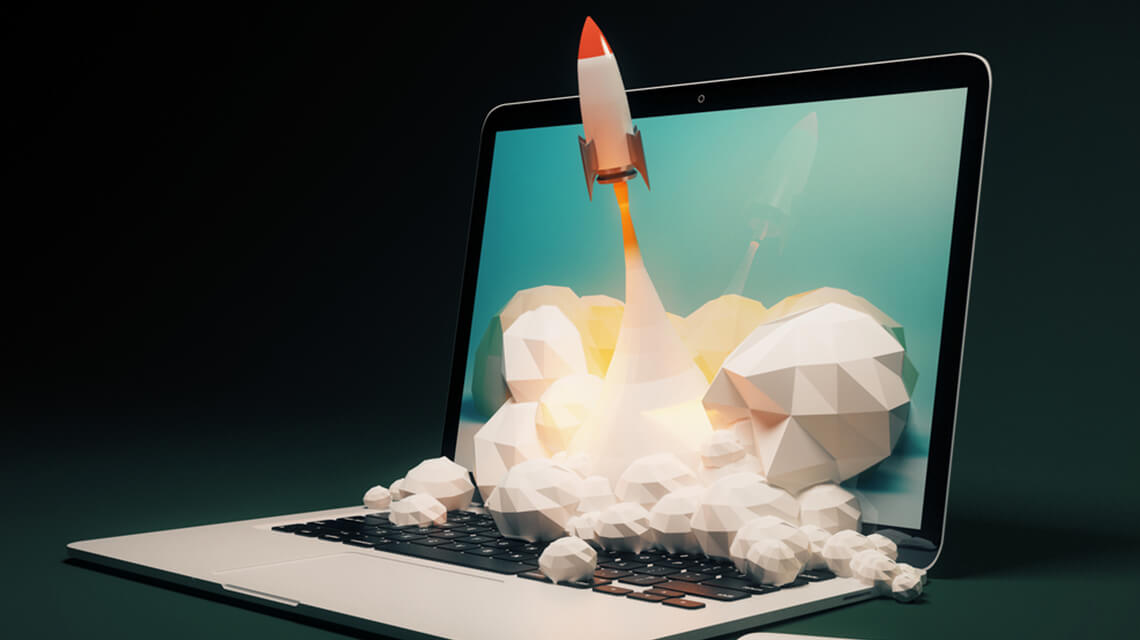 Prime Day is over; now what?

Post the event, you might see a slump in sales and conversion rate, but don’t worry. It’s completely normal to see your sales decrease after big events and festivals like Prime Day, Black Friday and Christmas. After Prime Day, shoppers don’t feel like spending a lot, but this phase won’t last long. This would be the perfect time to implement your post-purchase strategies and build a lasting relationship with your shoppers.

Usually, the inventory cut-off dates are applied around 25-30 days before the big event; therefore, a tentative date for Prime Day 2022 can be July 18-19 (Monday & Tuesday).

Because of slow sales, you’ll have more time on hand to evaluate the performance of your Prime Day: what went well? What went wrong? What can be improved? Make a list of the mistakes you made this year to ensure you perform stronger on the next Prime Day.

1) What is Amazon Prime Day?

First-ever Prime Day was held in 2015 to celebrate Amazon’s 20th birthday. The first Prime Day ran for only 24 hours, but now the event continues for two full days.

2) Why is Prime Day important?

Everyone knows Prime Day as an event to celebrate Prime shoppers. But for sellers, Prime Day can be the two most profitable days of the entire week month year. Brands get 5x more new-to-brand shoppers compared to normal days.

3) Where is Prime Day celebrated?

The popularity of this sales event has been expanding since then.

Prime Day will be back before you know it!

Although Prime Day 2022 is months away, having a solid game plan ready early will help you get a leg up on the competition. Always remember, you can never be too prepared for events like Prime Day. If brands play their cards right, this 48-hours can be the most profitable 48-hours of the entire year. If you find yourself overwhelmed with additional preparations, get help from our professional Amazon consultants.